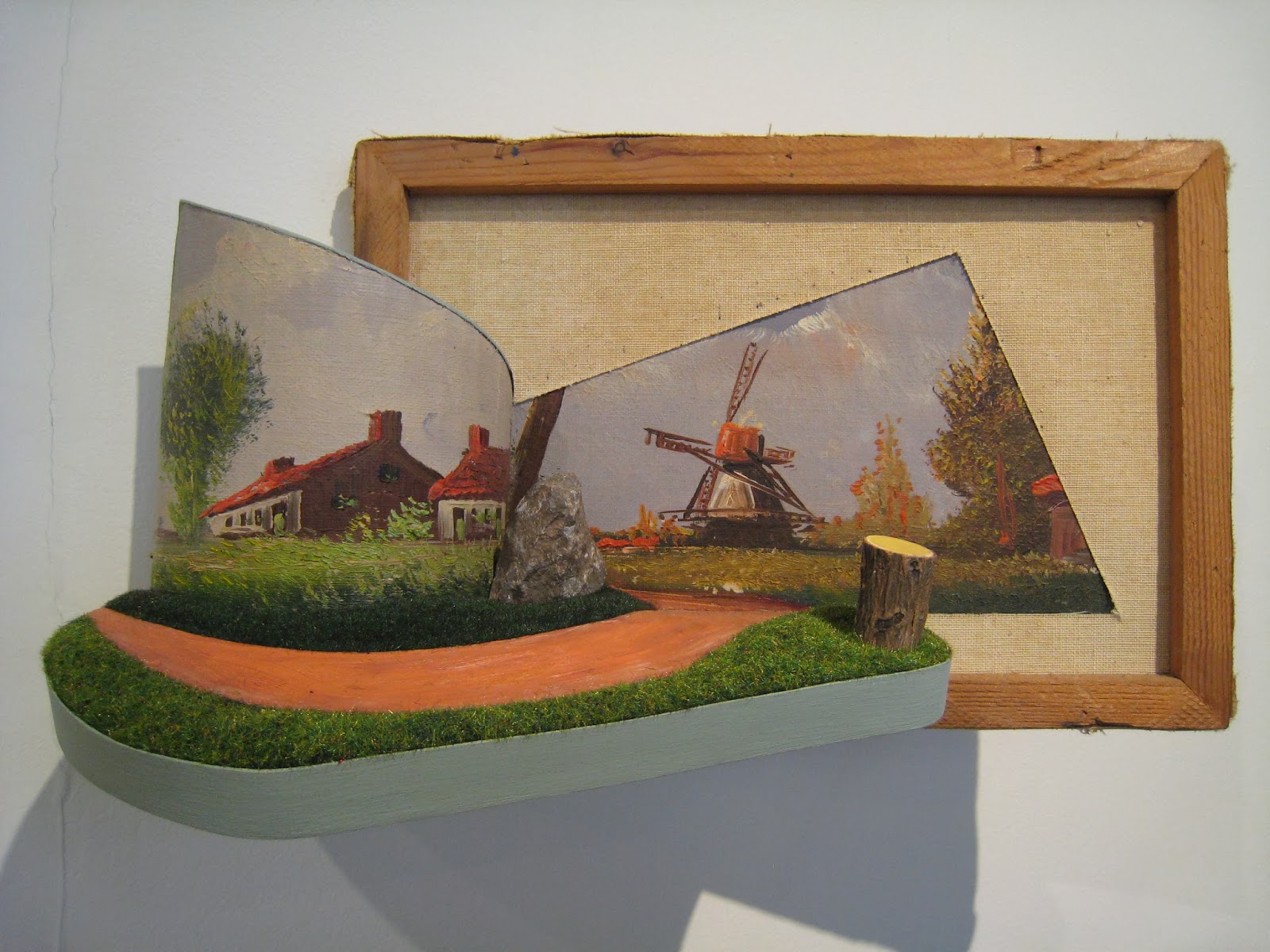 This exhibition at the Craft Study Centre includes the work of ten artists who use landscape as their inspiration for the construction and arrangement of craft objects. I much preferred the constructions to the arrangements. Tony Hayward used traditional oil paintings of landscape and manipulated them by appearing to peel back the layers of the painting and thus render them three-dimensional (see ‘The rock and the stump’ in the photo above). Paul Scott referenced the landscape images from 18th century blue ceramic transferware to produce his own blue ceramics of modern agricultural scenes, in which cups became trees and saucers the cultivated land. Mimi Joung used ceramics to transform the emotional landscape of her letters to her mother into a physical sculpture of the lines of writing. While in ‘Grey gardens’ Helen Maurer had produced a diorama from glasses and images of birds. These were placed in a glass box linked to a moving light source which generated different landscapes as it passed across the objects cleverly making the birds appear to fly through the scene. The artists had all responded to the idea of landscape in different ways which produced an interesting exhibition.