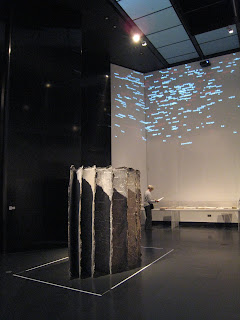 I also particularly liked the works by Anthony Caro, which unfortunately were shown closed rather than open, and those of Anish Kapoor entitled Wound which had been made by laser cutting through several layers of paper.
Posted by Carol Q at 05:06