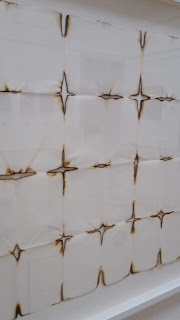 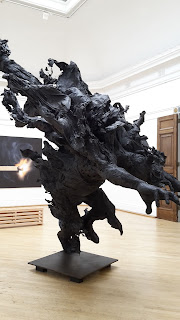 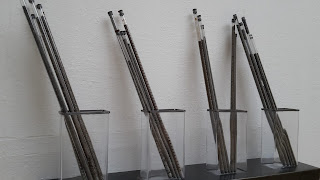 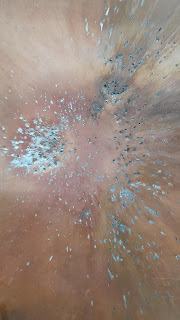 Lace designing: the beauty of asymmetry 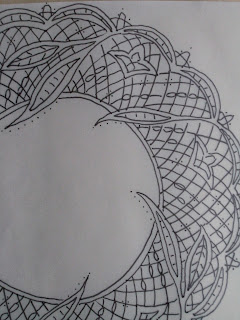 I’ve long been a fan of asymmetrical designs and used that style in my own designs, like the one in the image above. I like to use the same elements in a design but subtly alter them throughout just to maintain interest and also, to be honest, make working it more interesting too. One of the pieces of lace I admired at the ‘Hidden in stores’ exhibition at the Lace Guild last week was a Honiton fan leaf worked by Emma Radford in about 1878 (see below). 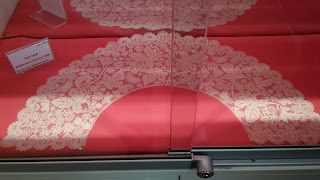 I studied it for a while and I think one of the things that made it so attractive was that it wasn’t symmetrical. Although the edging was the same repeated motif all round, and several elements of the main design, such as the leaves and flowers, were the same they were arranged differently on both sides of the fan. Honiton and other pieced laces are obviously at an advantage here as you can move the motifs around to make a pleasing design once they have been made. So many fan designs are mirror images on both sides and although they may be beautifully worked it doesn’t always make for a good design. I think that so often we expect lace mats and fans to be symmetrical that when they aren’t it subconsciously makes us look again and appreciate the lace even more. 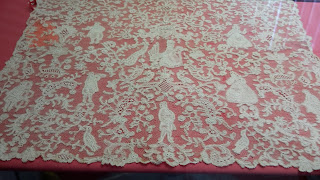 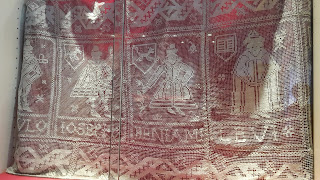 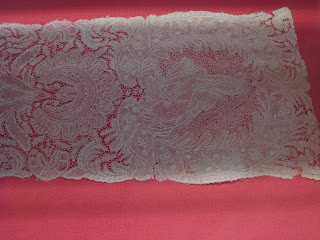 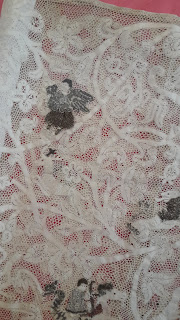 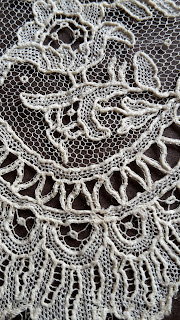