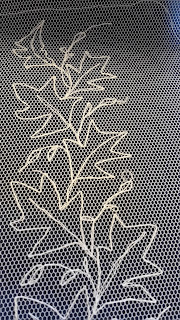 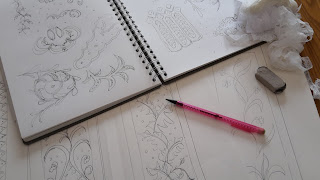 Surreal images and decadent decay at the V&A 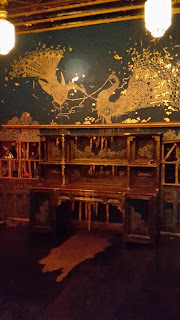 I had an enjoyable day at the V&A recently admiring the surreal images of the photographer Tim Walker and the decadent decay of Darren Waterston’s ‘Filthy lucre’. Filthy lucre, part of which is shown in the image above, is a re-imagining of James Whistler’s Peacock Room, expressing the opulent extravagance of the original, which he decorated for the shipping magnate and porcelain collector, Frederick Leyland. However Leyland refused to pay for the work in full because the room was over-decorated, leading to a long dispute between them. In Waterston’s immersive installation gold drips from the painting, shelves break under the weight of fine china and shards of porcelain litter the floor all to the mournful accompaniment of a cello. 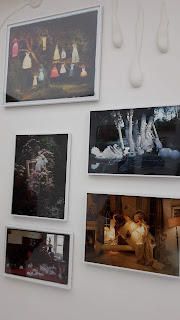 Tim Walker is a well known fashion photographer, but that description doesn’t do justice to his amazingly surreal imagination. I loved the images from his fashion shoots for Vogue and other magazines of oversized sets and imaginary worlds. His portraits also grasp the essence of the sitters; I especially liked his witch-like portrait of Margaret Atwood, as she did too, according to a recent interview. 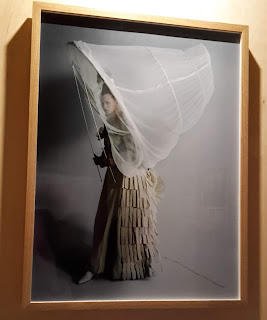 As well as his older work, the exhibition also contained images from his recent encounter with the V&A collection. I particularly liked the images he produced from the conservation store using the storage covers for the historical costumes.