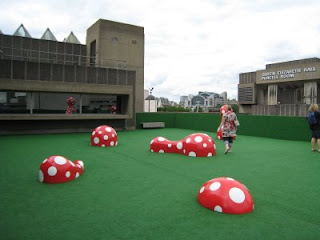 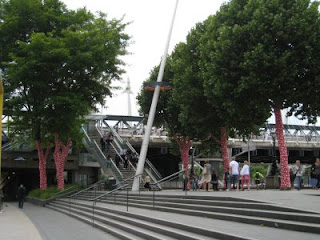 Pipilotti Rist’s Sleeping room was another favourite of mine. It consisted of a dark room in which videos of body parts were projected onto two screens and the floor, while small lights circled around, and a disembodied voice repeated a sequence of phrases. The whole experience was very dream-lie and meditative and made you think about your own thoughts and how they interlink.
Posted by Carol Q at 11:54