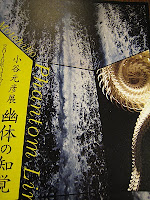 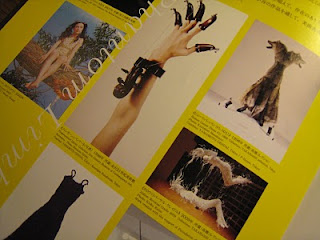 Motohiko’s work arises from an interest in the psychological conditions of fear, pain and unease. Inferno, his installation combining videos of a waterfall with music in a ‘room’ setting that you entered was also very effective and very disorientating because the speed of the video and the intensity of the noise changed and the floor and walls appeared to move. The quote accompanying that exhibit was ‘if you stare at the abyss it enters into you’.
Posted by Carol Q at 03:23