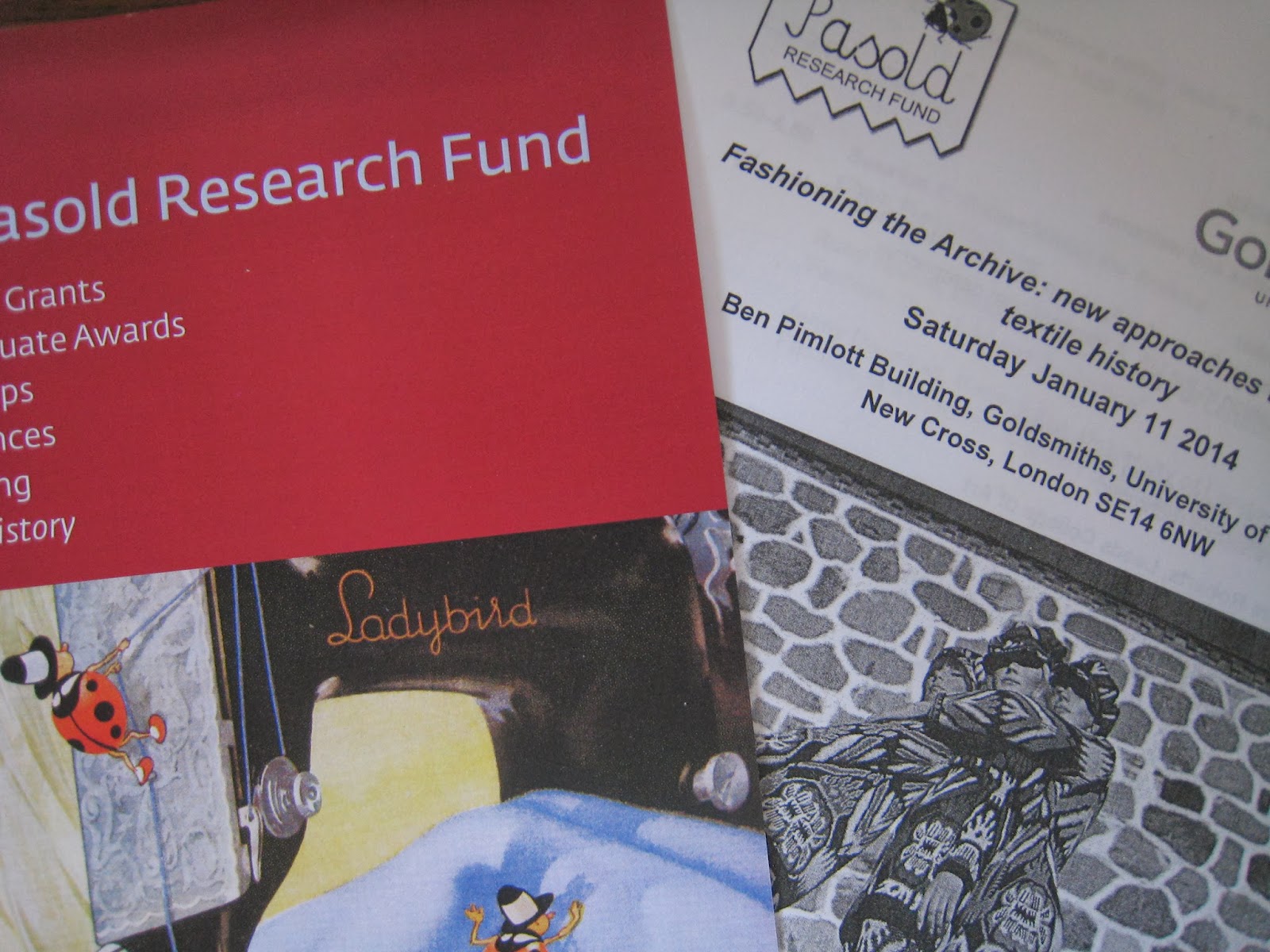 This was the second part of the Pasold conference organised by Goldsmiths; the first took place in November (see my blog about it then). Once again there was an interesting mix of papers. The day began with Patrik Steorn discussing Swedish fashion in the USA. Debra Roberts then talked about her research into a piece of 18th century striped fabric with pattern pieces cut out of it and the detective route she followed to determine that it had been used to make a sacked back dress. Interestingly she noted that handling and manipulating the fabric allowed her to carry out her detective work, something that is not often allowed in museum archives. Kimberly Wahl discussed textiles linked to the British Suffrage movement. Caroline Hamilton gave a fascinating talk about the costumes of the Ballets Russes explaining how the collection had been disbanded and sold in the 1960s and 70s. She also told us how costumes are adapted and reused and followed the history of a hand-painted tunic originally worn in the 1910 production of The Firebird. Claire Suckall told us about her conceptual approach to costume design in which historical costumes are reimagined to distil their essence and thus create new costumes and choreography. I liked the phrase she used ‘holding the dance within itself’ to describe these costumes. Tincuta Heinzel and Dinah Eastop both talked about the practicalities of creating digital archives. Tincuta discussed Romanian textile archives and Dinah told us about polynomial texture mapping of the Board of Trade national archive which cleverly allows items to appear in 3D in the virtual index. Anna Brass, who has worked with Dinah, then presented a short film about the experience of working in the archive. The day ended with Ruby Hoette and Jenny Doussan discussing fashion archives.