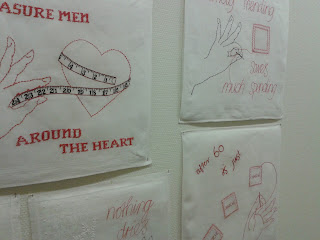 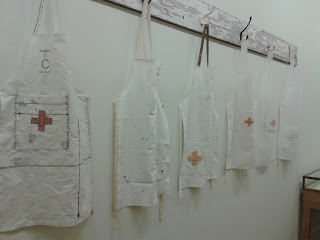 
The Stitch and Think group was launched at a workshop in 2009, which explored the many uses of stitch as a visual language, and showed that for most participants stitching was ‘a meditative or reflective process that moved beyond the action of stitching itself’. Darning and mending were key themes for many participants, so a visit to the collection at Bristol Museum was organised, which inspired the work in the exhibition.
Posted by Carol Q at 09:03