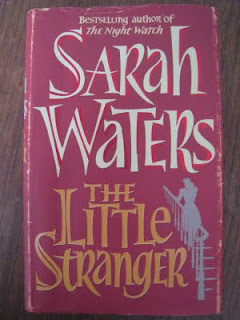 Sarah Waters was talking about her book ‘The little stranger’ at the Independent Woodstock Literary Festival 2009 at Blenheim on 20 Sept 2009 in conversation with John Walsh (a columnist at the Independent). She started by explaining that she had been an avid reader of ghost stories as a child. She particularly likes the stories of MR James because they expose the reader obliquely to horror/the supernatural. She likes the Gothic because it is about vulnerable people: children are powerless and experience random acts of cruelty. The irrational element of the Gothic appeals to her.
Poltergeists feature in her book and she explained they are associated with repressed women and teenage girls; repressed sexuality. Talking about the ending of her book she said she hoped the undecidability of the ending gives it extra power. She wrote several different endings and hoped she had chosen the one that was ambiguous but not irritating. Each of the main characters has flaws that make them the possible source of the poltergeist activity. I spoke to her afterwards and got her to sign a copy of the book. I told her about my work on the uncanny and gave her a flyer describing it. She was very helpful and encouraging.
Posted by Carol Q at 23:53